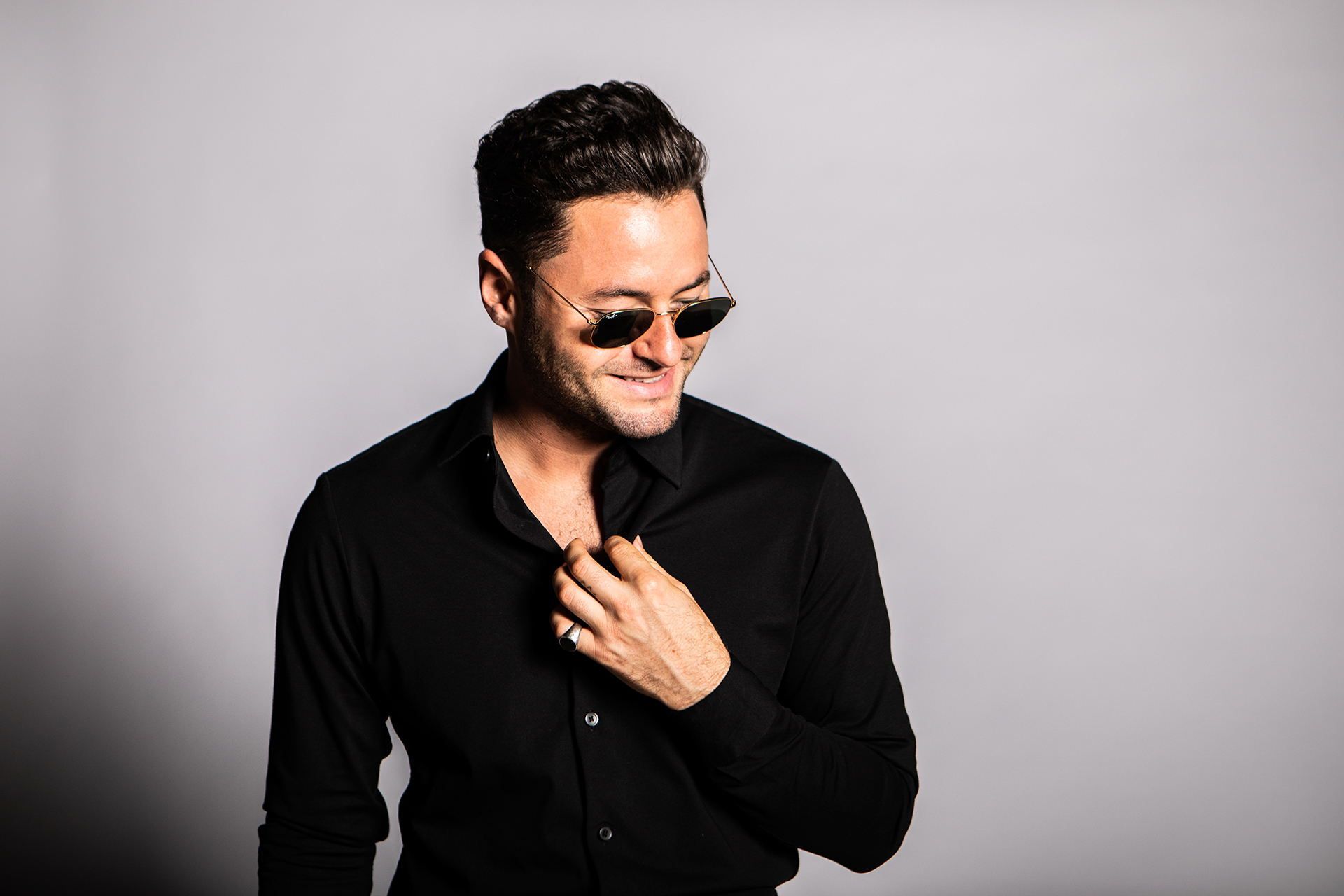 DJ Charles, known to his friends as Charlie Brafman, is an international DJ that plays at some of the most in-demand venues and exclusive parties that the world has to offer, visiting far-flung hotspots such as Cape Town, Sydney, Los Angeles and Barbados.

After becoming a resident DJ at PRIVA in Bournemouth in 2009, he has since carved his name into the party circuit, with a client list dreams are made of. From residencies and The Ivy, Tramp, Arts Club and Mahiki, to private events for PRADA, Bulgari, Prince Harry, Kim Kardashian and Kanye West.. the list goes on…

We sat down with Charles for this exclusive interview in the lead up to his special guest performance at the PRIVA Brunch at 1812 in March.

Hey DJ Charles (Charlie), thanks for taking the time to do this interview, in between what seems like a pretty hectic international schedule these days. We’re going to talk a little about your life and times…

Firstly, when did you start DJing?

I started DJing when I was around 15. My Nan bought me my first set of decks for Christmas after I took a few beatings from using my oldest brother’s turntables too much when he was out. I think she had either had enough of hearing my mum complain about it or wanted to help me start my music career. Either way, it worked out!

Tell us about the first time you ever played to the public? Did you know then that this would become your career?

The first time I played out was probably at my own night. An under-18 night I used to run. I spent days planning my set by writing down every track’s BPM, and what the next track had to be at to match the beats perfectly, as I was petrified I wouldn’t be able to perform on the spot!

Ha! Talk to us a little about PRIVA, both in Barbados and Bournemouth. You were instrumental in the musical output in both clubs, and hardly missed a weekend for 4 years.. What were your highlights, if you remember any?

PRIVA was really where I came into my own. I was resident there for years and learnt to read a diverse crowd and how to properly build a night. Some weeks I would warm up for some of the DJs who came down from London which I used to really enjoy. I actually feel that warming up is more of a skill than just playing the peak-time tunes everyone wants to hear. I used to dig really deep to find stuff that would work early doors and build a dancefloor. Getting the opportunity to launch the club in the Barbados was also an amazing experience. Everyone in Barbados was excited to see what this European brand had to offer and I had the pleasure of playing a load of new music styles and genres, many of which the locals had never heard. I would spend half my set times writing down names of tunes for people. It was all a highlight, loved every second of it, who wouldn’t?

You moved back to London from Bournemouth quite a few years ago. Why did you move back? And did you find it hard to find your place in the London club scene initially?

As much as I loved Bournemouth, having moved down from London with my family when i was around 10 years old, I knew London was where there were many opportunities for me in the music/club scene. It just felt like the right time. It was tough getting into the scene up here. I was helped by knowing a few of the lads who came down to play PRIVA on Saturday nights. My first gig was at a club called British Luxury Club, it was an after hours club that opened at 3am. I used to sleep before the gig and get the tube home after at 8am whilst everyone else was on the way to work in their suits. I’ve always liked living outside your ‘conventional hours’, but that was a bit much!

What has been your favourite club to play at, in and around London, and why?

I used to be a resident at a club called Movida in Central London. I always used to know this club growing up and never thought I would be playing one of their main nights. It was madness in there, you never knew who would be on the dance floor. I remember one Friday the manageress of the club came up to me and said we’ve closed half the club as Kim Kardashian has asked to come down. She rocked up with Kanye and it divided the whole club in 2 with half the club shining their camera phones on them and me in the middle trying to impress Kanye with my tunes. Quite a surreal moment. I also loved being a resident at a club in Chelsea called Bodo’s Schloss. It was an alpine-themed ski club that was absolutely packed. Because of the ‘fun’ nature of the club, I got to really play a totally open format set, playing absolutely every genre of music I could weave together in my 5-hour sets.

You now play private events around the world, tell us about one in particular that sticks in the memory. Where was it? Who was it for? Why was it so special..?

I always think these events can’t get any crazier when I play them and they just seem to out do themselves every time. From circus-themed events with Elephants in Barcelona, to disused train stations being turned into the maddest party scenes in the South of France, to playing for one night in Vegas and flying back the next morning – it’s all a bit of a blur. I can’t say who I play for on these privates… 🙂

It seems to be a very glamorous lifestyle, travelling internationally, visiting incredible locations and playing the best parties… Is it all it’s cracked up to be? What are the negative elements of the job? What do you wish you could change?

Like anything it has its ups and downs. Despite being around a lot of people in clubs/events, you are usually alone when playing in the DJ booth. When you play from the beginning to the end, you arrive before anyone gets there and finish when everyone has left. Also working outside of usual working hours, like I said before, is really tough. I’ve always worked weekends since I was 16 so have missed a lot of events/parties/time with friends and loved ones. I wish everyone could have Monday and Tuesday off work, so I could spend more time with them, and then they could piss off and leave me alone again from Wednesday haha… Sure most people would like that too..

Give us a sample of a normal week for you.. In fact, tell us about this week.. Where are you playing, who for, and how much sleep are you missing out on?!

This week I’m playing 3 club sets around London, one is at the top of the Walkie Talkie building at the Sky Garden, which is an incredible venue. Then Saturday I’m flying to Italy to play a big private event in Florence. Sleep? Whats that?

Your social media suggests you spend plenty of time working out in the gym.. Is this a recent commitment? How has it helped you? Mentally? Physically?

It’s something I’ve really got into last summer properly. Djing and the nightlife scene is tough mentally and physically – early flights, late nights and too much partying can (and has) taken its toll on me in the past. I’m actually a bit addicted to exercise, but would rather that than what most people are addicted to in this industry… It also gets my brain going for creativity and picks me up when I’m feeling low. I’m working on a new project right now to bring music and fitness together… watch this space.

You were signed to Universal Music last year, with your project, Highness. Tell us a bit about that..

Highness is my ‘originals’ project. I make my own music under this name. It started as a bit of fun and another creative outlet, but then Pete Tong picked up one of my tunes and played it on his show on Radio 1 then opened his show with it again the week after. I suddenly thought ‘shit, I could be onto something here’. From there I worked on my production for months eventually having one of my tunes catch the ears of an A&R at Universal who signed it. I’m now working on lots of new music, which I need to get my head down and finish this year!

Is going into production something you’ve always wanted to do? How have you found putting out music that you yourself have produced, as opposed to more conventional djing?

I started DJing because I loved playing music to people. Even before djing I used to love finding records and showing them to my family, like I had found some sort of treasure I wanted to share with them! I didn’t think I would move into production but now it’s almost a natural step. It’s great, I love it. Creating something from nothing and having people play it all over the world is amazing.

The relationship with the audience is crucial for a DJ, and yet it seems to be a fragile one. How do you see the balance between giving the crowd what they want and treating them to something new?

I think Jazzy Jeff said it best when he said ‘The best DJ isn’t the one that plays the most popular records – the best DJ is the person who plays the most unexpected record at the right time.’ It all comes down to observation and timing, like most things in life.

What are you listening to at the moment when not djing? What artists are you drawn towards?

When I’m not playing I usually listen to artists like Anderson .Paak, Rex Orange County, MAC Miller, De La Soul – some sort of chilled out hip hop vibes. Other than that I like to listen to audiobooks and podcasts about happiness and give my ears a break from the carnage.

What genre of music inspires your own?

I absolutely love Motown. This inspires both my original music and my club and private stuff. I recently went to the cinema on my own to watch a film about Motown called ‘Hitsville.’ It’s amazing – go see it. I often sample artists of this era. Go listen to my Highness records ‘See About Me’ or ‘I’m Gonna Do.’ You’ll see what I mean.

Who would be your dream artist or DJ to collaborate with?

Going back to my previous answer – I would have loved to have worked with Aretha Franklin but sadly she died in August last year. Her vocals have a tone like no other. ‘Say A Little Prayer’ is one of my all time favourite songs. Other than that, Mark Ronson. He infuses a lot of soul into his sound so I would love to see him work in the studio. I warmed up for him at an event recently and his DJ set was almost exactly what I play. Should have asked him then, but I was trying to act ‘cool’ haha.

Do you see yourself dj’ing for many years to come? What are your future plans?

You can catch DJ Charles at the PRIVA Brunch at 1812 in Bournemouth on Saturday March 14th, from 1pm-6pm. Tickets are on sale now HERE!